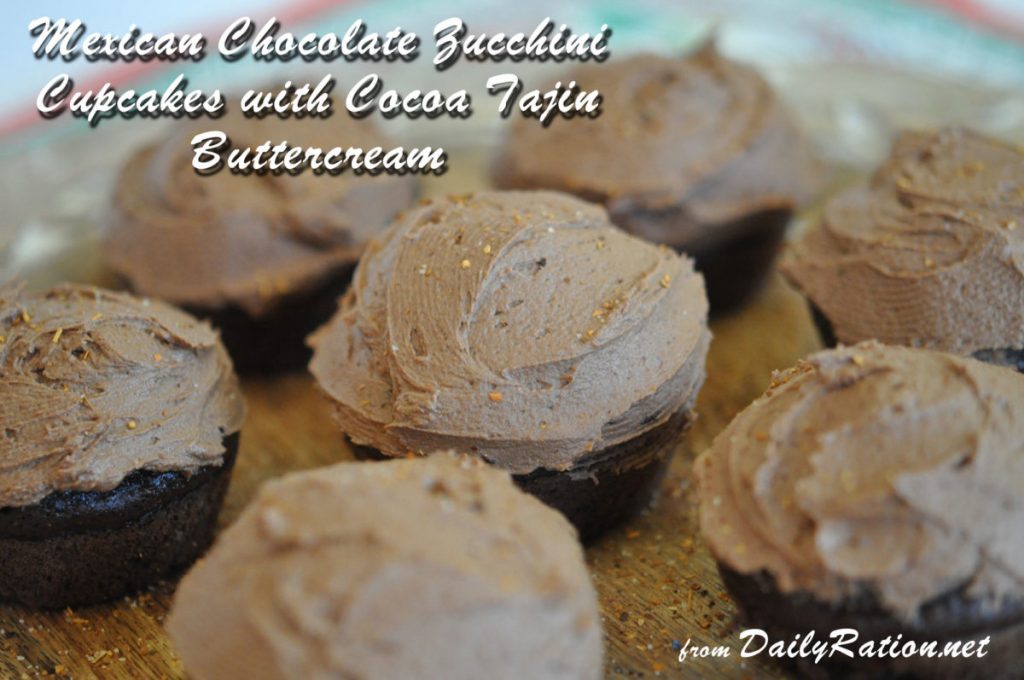 These are a lot easier than they sound!  The key is a jazzed up boxed cake mix.  Add in shredded zucchini to call it a vegetable and you’ll feel less guilty. (wink wink).

These are crazy moist cupcakes so when they come out of the oven you might see some crumbs on your toothpick.  What you’re actually going to look for is when the cupcakes start to pull away from the side of the cups in the pan. 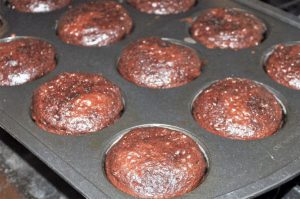 See how they’re just pulling away right there?  And dry looking around the edge?  It’s OK that middles are bit glossy, as long as they are set.  This is how you want these.  It also makes them still fabulous if you make them a day ahead…which I almost always do.

For the buttercream, I’m pretty lazy.  I melt my chocolate in the microwave for goodness sake.  It really has very few ingredients so it comes together quickly, especially if you have a stand mixer.  If not, a hand held electric mixer will be fine. 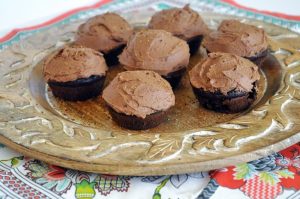 Sprinkle a little Tajín on top and you’re good to go!  By the way, I live in Southern California, where Taíjn is in every grocery store.  It’s a Mexican chile lime seasoning.  You might have to find it in the international section of your grocery store depending on where you live. 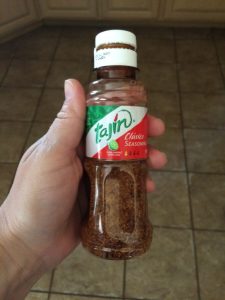 And no, this is not a sponsored post, just an ingredient my family enjoys. 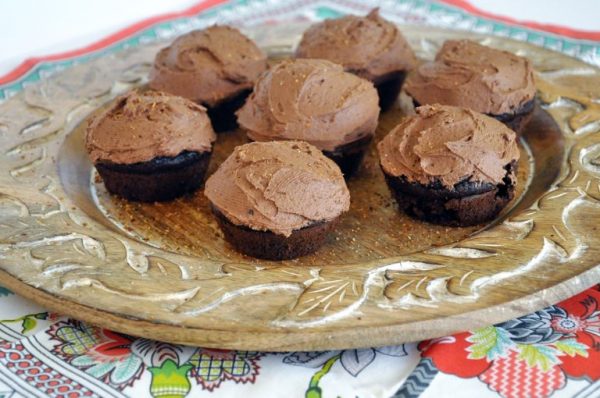 Votes: 0
Rating: 0
You:
Rate this recipe!
Ingredients
For the cupcakes:
For the Cocoa Buttercream
Instructions
Recipe Notes 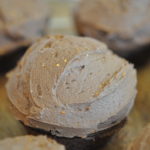