Last winter Starbucks had a butterscotch latte.  I was in love with it, and incredibly disappointed when I discovered it was labeled as a seasonal drink and I could only get it for a very short time.  Insert tears here. Transition to now…I saw Butterscotch Pudding Day on the calendar and I wondered if I could recreate the flavors of a butterscotch latte in a pudding.  And then I decided to add some bourbon and make it a mousse instead.  Still qualifies right?  In my world it does.  I mean, the difference between a pudding and mousse is really in the whipping of air into the product.

Don’t forget to put it in a pretty glass.  It makes a difference.  I promise. This is  great dessert to make the day ahead if you’re serving it for a party or special occasion.  It is not hard to make but it does require chilling time.  And it is soooooooo worth it.  Creamy, cold and sweet…butterscotch latte mousse with the tiniest underlying hint of bourbon…it’s divine.  I prefer to eat mine alone, in the silence, with no one around and doing nothing else.  Just sitting there, savoring the flavors.

Or you could put your in a coffee cup and let people think you’re just drinking your latte with a spoon. 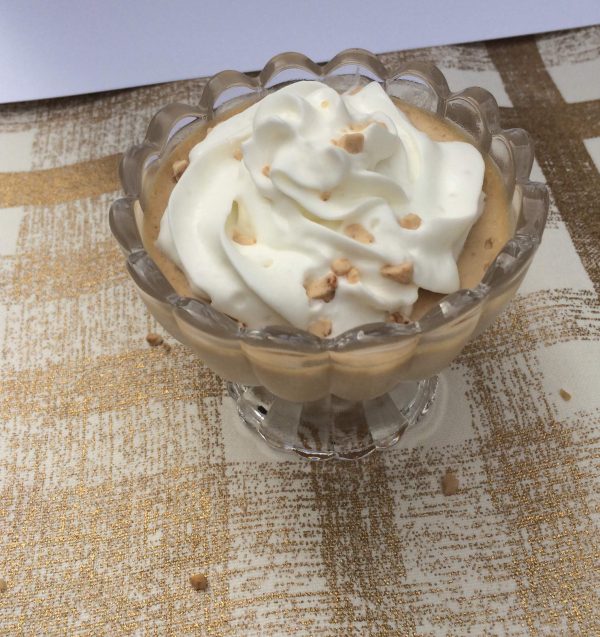