Want a recipe that is super fast but also healthy?  Maybe you’re looking for something low carb or Paleo or Whole30 compliant?  Or maybe you just like to use natural ingredients?  Either way, this is your meal!  Walnut Herb Shrimp hits all those points and is packed full of flavor.  It’s also ready in about 15 minutes if you use precooked shrimp from the frozen section of the grocery store like I do. 😉 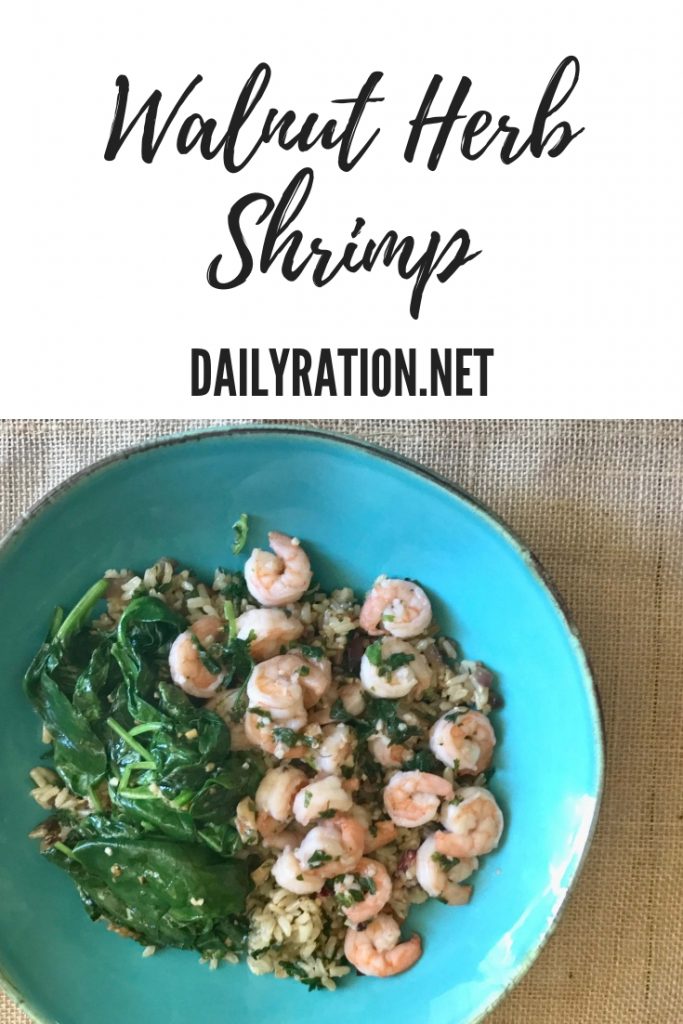 Here are the ingredients used.  You’ll see in the picture some leftover brown rice pilaf.  You don’t have to use this.  If you’re Paleo, Whole30, or low carb you won’t want to.  If you do want the parslied brown rice pilaf, you’ll need to add some time to your plans.  I normally don’t use it, but I had some leftover from this recipe that I needed to use up and I thought it would go well with the shrimp.  It did. 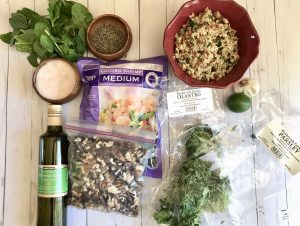 The first thing I like to do is get the pan for the shrimp going.  Heat some oil in a pan or skillet, throw in the shrimp and let is sautee about 3-5 minutes. If you forgot to thaw the frozen shrimp, just run warm water over it in a colander for a couple of minutes.  Then cook it. 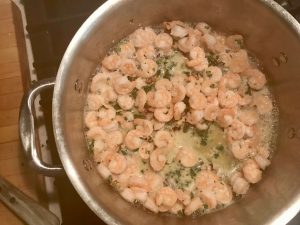 While it’s sauteeing, start the walnut herb gremolata.  A gremolata is a thick, chunky sauce that is usually made from parsley.  In this case, we are using cilantro and parsley together.  I just dump the fresh cilantro, parsley, garlic, lime zest and lime juice, salt, and olive oil in a food processor and process until it’s a chunky sauce. 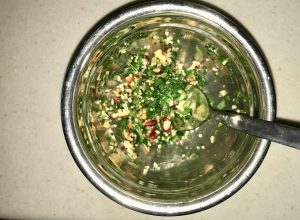 Don’t forget to keep an eye on the shrimp.  It gets done fast!  Take out the shrimp with a slotted spoon.  Then add garlic and, if needed, a little more oil to the pan.  Drop in the spinach and just cook and stir for a minute until the spinach just begins to wilt down.  I’m serious…just begins.  The spinach will continue to wilt after you remove it from the heat so you don’t want to over do it or you’ll have sloppy, slimy spinach.  Who wants that?  Not you.  You want barely wilted spinach that still has a tiny bit of body to it. 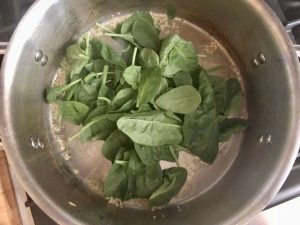 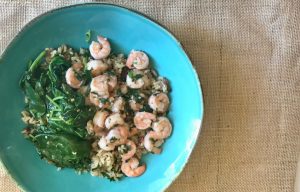 In other news, my cookbook is due out Sunday!  Look for another blog post about it later this week, and of course, live links to buy it on Amazon on Sunday!

Also, feel free to share this recipe and my blog on social media! There are easy buttons underneath the printable recipe so you can do this in one simple step! 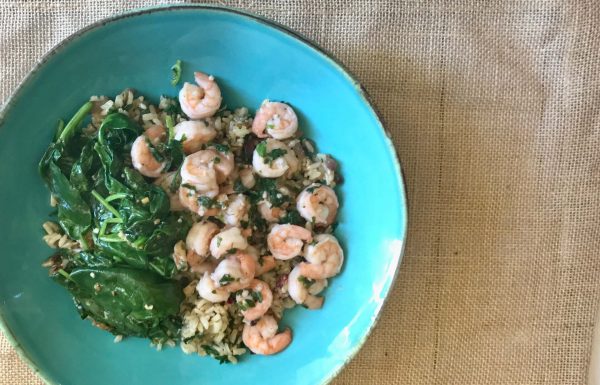