There are only a few simple ingredients in this pork dish, but it is crazy good. I made it as an experiment in the middle of the afternoon and promptly stuffed myself during the taste test.

While this is simple, it does take a while, so make it on a day that you’re home for a couple of hours. There are two simple steps: boil the pork loin in a saltwater brine until it’s shreddable, then shred and saute it with pineapple in pork fat until it gets bits of crispy crust on about half the chunks of meat.

You might be wondering what to do with pineapple pork. It’s pretty versatile. I enjoyed it plain. But you could also use it in a salad or scramble leftovers with eggs for breakfast.

You could also serve it over rice or fried rice.

And it makes a great tropical taco with some extra fresh pineapple and red onion. 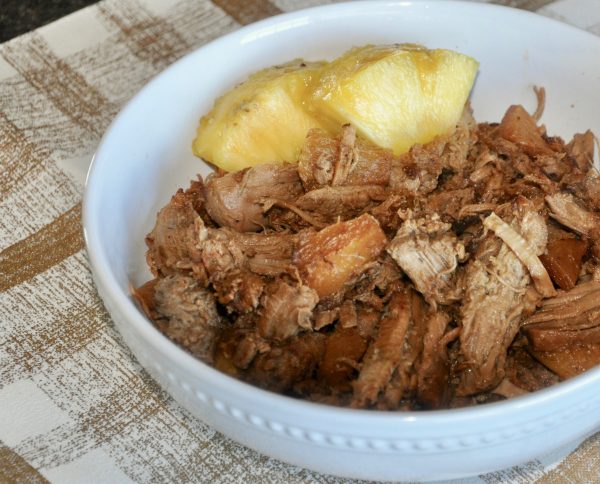